This chair will honour Rod and Janet’s
significant contribution to leadership
in Christian education.

We invite you to contribute as we strive towards bettering Christian Schooling in Australia.

What are the goals of this Chair? 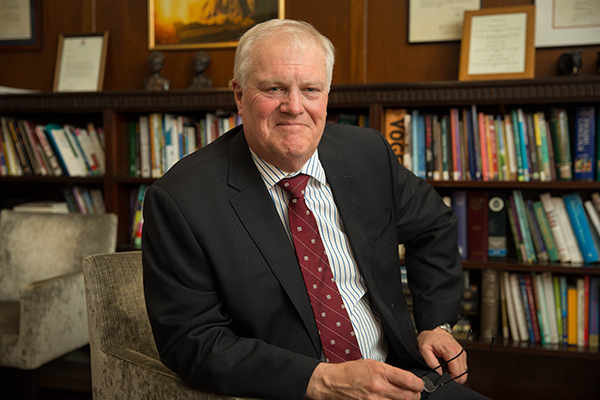 “‘As with so many, Rod West transformed my understanding of faith, educational mission and how to just have fun as a leader in schools".

Message from the Hon. John Howard

Learn more about this amazing educator

Rod West was one of the great educators in Australian history.

He inspired so many others to take up teaching as a vocation, and the leadership of schools as a means of contributing to the common good. 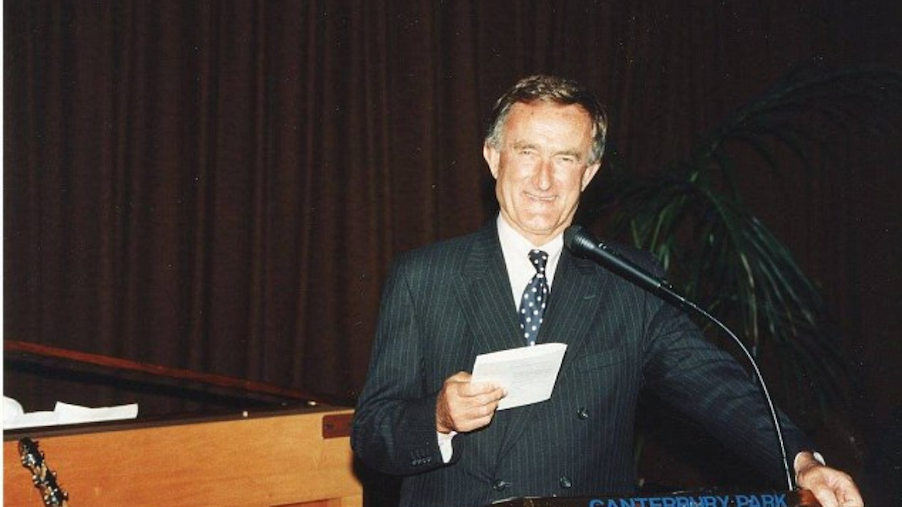 Roderick West (1933–2016) was one of the great names of Australian School Education.

Born in Balmain on 29 June 1933, West was the youngest of six children of a chandler and sail-maker, Harry West, and his wife Margery (nee Fraser). West attended Nicholson Street Public School, and Drummoyne Intermediate School, and Sydney Grammar. He studied English, history and Latin, specifically Roman classical literature at the University of Sydney, where he also went on to a Master of Arts degree. He also gained a degree in divinity as an external student at London University. His first placement was at Cootamundra High School in 1954 moving to Fort Street High School in 1956. In 1960, West married fellow teacher Janet Conti, whom he had met at a university Christian camp. Moving to England, Rod taught at the Abbey School at Ashurst Wood in Sussex and thence the King Edward's School, Surrey, as Latin master. Their first child, Michael (later a Fairfax journalist), was born in London in 1962. Their second child, Julia (Head of the Senior School at Meriden, Strathfield), was born in 1965 in Australia, the third, Catherine (later elected a member of the House of Commons in Britain), in 1967 and the last, Marcus (a future a communications coach), in 1971.

Returning to Australia, West returned to Fort Street, then Timbertop, where he taught (among many others) Prince Charles. In 1967 he returned to Sydney at the King’s School as the classics master, working alongside Alan Jones, an English teacher who later became a well known broadcaster. In 1974, at the age of 39, West was appointed headmaster of Trinity Grammar School, commencing the following year. There he became acknowledged as one of the country's great headmasters, significantly raising academic standards, introducing new sports, and encouraging students who played at all levels (rather than just the 1st XV and 1st XI). Among his students were politicians (such as Nicholas Varvaris), professionals, at least 50 future ministers of religion, and over 31 future headmasters or school principals (such as Dr Tim Wright of Shore, Phillip Heath of Barker, and Graham Anderson, of Arden).

Janet West has had a stellar career in her own right. A formidable teacher of languages and history, she also acquired a reputation as historian, playwright and poet. Her historical research and writing has been devoted principally to the study of Australian Anglican leaders and institutions and to the contribution of Australian Christian women of all denominations in many spheres of human endeavour. Amongst her six books is Daughters of Freedom, a work of historical scholarship and of advocacy for the empowerment of women. Hers has been a singular contribution to educational excellence at both secondary and tertiary levels, academic inquiry, spiritual discernment, and the recognition and celebration of the role of women in past history and of their influence in the present. The synergy of her gifts with those of her remarkable husband generated much creative and fruitful endeavour, culminating in her co-editing of Roderick West’s autobiography, The Heart of Education.

When West retired in 1996, 3000 people attended his farewell at the Opera House. After his retirement, the Howard government invited West to head a review of Australia's tertiary education system. Leading a team of six, he travelled all over Australia and made an extended trip overseas. His inquiry culminated in a report in 1998 recommending the deregulation of universities, a proposal which met some political opposition at the time but has been commended for its farsightedness. West also acted as a troubleshooter and locum headmaster at several schools, including Kambala, PLC College Armidale and Coptic Christian schools at Mount Druitt and Wattle Grove. In 2004 he was made a Member of the Order of Australia (AM). West died on 25 January, 2016.

Teacher Education commenced at AC in 2012. After the accreditation of the MTeach (Primary) degree, the College developed a steadily growing number of graduates, nearly all of whom have found the employment they desired. Since then, the BEd (Primary), BEd (Secondary) and now the MEd, MPhil and PhD programs have been developed in Education, permitting the College to develop innovative approaches to offering in situ Clinical Teaching and cadetship based pre-service teacher education models. In 2018, AC signed separate agreements with St Philips Christian College and with the National Institute of Education, to extend these innovative models across some of the hundreds of schools in the Christian schooling movement. In 2019, the first AC student took up a role at Kambala. That school’s past interim Headmaster would have been proud.

Rod West was one of the great Christian educators in Australian history. The effectiveness of his leadership was attested to the fact that he inspired so many others to take up teaching as a vocation, and the leadership of schools as a means of contributing to the common good. Even 50 years later, his earliest pupils from Fort Street continued to visit him to seek his counsel.

This Chair honours his significant contribution to humane educational leadership in the Christian tradition.

You can also download a transcript of the lecture and powerpoint slides from Mr Phillip Heath's address.

The Rod West Collection is a collection of writings by Rod and Janet West, which illustrate their foundational work in Christian Educational Leadership.

The archive is both physical (held at AC), and digital. Below is a sample of some of Rod and Janet’s work. If you would like to donate any writings related to the West tradition, or contribute to the collection, please email Kylie Dragan.

Enquire now to find out more about the Chair.